Can We Stop Judging New Homesteaders?

Something has been bothering me about new homesteaders.

Suffice it to say that I’m in a boatload of homesteading, farming, small business farming, and hobby farming groups on social media.

Normally, I just scroll around until something catches my eye. Most of the time, I stop at posts that show an animal in distress, because I’m worried about it, and I want to learn about the ailment.

I immediately scroll through the comments looking for answers. And I often do this because I, myself, do not know the answer or I have a solution to share.

No, I don’t know everything…not afraid to admit it. And no, it doesn’t mean I shouldn’t be a farmer or own animals.

Because isn’t that what we often see as a response?

New and seasoned, homesteaders often get backlash, like the following responses, when they reach out on social media for advice.

Right? You’ve seen this, I’m sure…and I certainly hope you haven’t said this to anyone looking for advice.

The thing is, yes, some people shouldn’t have animals, but something tells me that most who reach out on social media (putting themselves out there to get trolled) care enough to have animals. They want to do the right thing.

My heart absolutely breaks when I read these comments. And I’ll admit, I’ve gotten them too…and I remember exactly how I felt.

Wanting to give up.

Even though I love my critters and I was panicking enough to share and ask for help on social media—something I don’t do anymore (in certain groups) because it’s destructive to my mindset about animal husbandry.

But, I refuse to believe that if someone just doesn’t know, or hasn’t encountered a problem, with their animals that they have no business owning them.

Everyone was a beginner, at some point in their journey. And there isn’t a single person out there who has done everything right when it comes to raising animals.

Mistakes are made, and judging or discouraging someone who wants to do good is shameful.

The only thing someone screaming in caps “VET!” tells me is that they are often more clueless than the original poster.

Ok, if your animal is bleeding profusely, yes common sense says vet, but if your beloved critter has a cough, let’s think about it for a minute before pushing someone to pay a hefty vet fee to be told their hay is too dusty.

Or before making them feel like the scum of the earth because they wanted to check with a community they trust(ed).

Now, I know not everyone will agree with me here, but hear me out.

I’ve been raising animals for 20+ years…and I’ve learned a thing or two about common ailments, pregnancy issues, and behavioral problems. I’ve also spent a fortune on vet bills (some necessary, some completely unnecessary).

And what I’ve learned over the years is to stay calm, and practice watchful waiting, or triaging. And if I have an experienced, kind, homesteading friend I can ask, I’ll do it.

Because I can promise you, not every cough, cut, or bang on the head is cause for emergency. Animals are often stronger than we think, and I think it’s unfortunate that the trolls push vet as the answer along with an extreme judgment.

3. If you Can’t Afford the Vet You Have No Business Owning

In case you hadn’t guessed, this one gets me right at the edge of my boiling point.

Vets can be outrageously expensive.

And I can vouch for the fact that I’ve rushed my animals to the vet, who ordered absurd amounts of tests and shipped them out to specialty centers, just to come back and say they don’t know what the problem was and the animal is dead…but I do have a $3000 bill to pay.

I’ll never tell someone not to take their animal to the vet, especially if the situation is an emergency, but to jeer at someone who wants to know if there’s an easy answer from the farming veterans, is just wrong…and in fact, unrelated to the problem.

And I don’t blame them for wanting to learn about an alternative treatment or natural way to help their animal.

I’ve looked at some of these animals that have been labeled as malnourished by the trolls and yes, some appear to be slightly underweight. In most cases, the animals aren’t emaciated, as the people who do neglect their animals often know better than to post it on facebook.

These are usually needing a few pounds…and it’s not often the animal appears to be dying.

Maybe I’m a little more sympathetic to leaner livestock because I live in Wisconsin and I know every year our animals expend energy on keeping warm, and they will undoubtedly lose weight.

But…they are getting the nutrition they need, and they are far from neglected.

Whatever Happened to Teamwork?

It seems as though the first to pass judgment, will always do so. They look at a picture and find something to use to belittle the new homesteader. Maybe it makes them feel superior, or maybe they are just jealous…it could even be a way to control others when they have little control over what is happening in their own lives.

I’m not sure why it happens, but I do know that it discourages those who want to live more simply, who are passionate about raising animals, and the badgering may even have an opposite effect on what the troll initially wanted.

It’s Not the New Homesteaders that Bother Me

So, you can see why I become upset, and I’m bothered…but it’s not by the new farmers and homesteaders, it’s by the internet trolls and the self-proclaimed experts in animal care. The ones that truly believe that if you don’t do things their way, you aren’t allowed to be blessed by the presence of animals in your life.

The thing is, they made mistakes too, and shame on them for judging those who are new and learning rather than lending a sympathetic and enthusiastic hand.

In homesteading, we are kindred spirits. Yes, there are some bad apples, but those apples are usually glaringly smelly and rotten…everyone else? They just want to live amongst their animals and share in the joy the rest of us have found in homesteading.

Want to join a group where there is zero-tolerance for any of the above-mentioned taunts and jeering? Come on over to Homesteaders With Heart and join a helpful, tolerant, community of farmers who embrace the original lifestyle of the farmer-at-heart (one with helping hands and hearts). 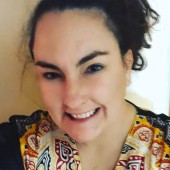